We invite you to come stay with us in the uniquely scenic city of Saskatoon. Experience Saskatchewan charm and a friendly atmosphere...
Lauras Lodge was originally built as a priest quarters in 1966. This continued until the mid 70's at which time a major renovation took place and they doubled the size of the building adding several washrooms and two kitchens.
In the early 1980's Laura Lowen took over and began to take in students, medical personnel and visitors to Saskatoon. She single handedly built the business and was the first originator of the idea of a visitor lodge in Saskatoon. During her leadership, she made numerous renovations including a name change to Lauras Lodge which to this day is an iconic symbol, well-known establishment and its own brand in Saskatoon. It was at this time that the lodge became known around the world as a great place to stay in Saskatoon. It was also during this time that a student named Gordon Hirschfeld stayed at Lauras Lodge to attend the University of Saskatchewan. He also assisted Laura in running the lodge while he continued his studies.
Jump ahead more than 20 years later and Laura has coffee for the first time in more than 15 years with a nurse named Gordon Hirschfeld. It was at this time that Laura decided it was time to hand over the reigns to a new person and Gordon and his wife Cathy were the perfect people to take over the lodge. Besides there extensive nursing knowledge, they have lived in Saskatoon for more than 20 years so they have an excellent background in the city itself. Since taking over they have also renovated extensively and added a very helpful and friendly staff of 10. If there is something they don't know or cannot help you with, they will find out for you. 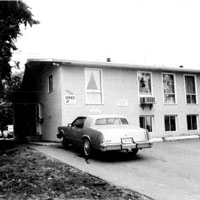 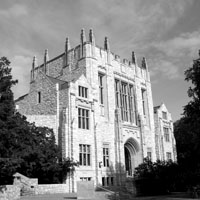 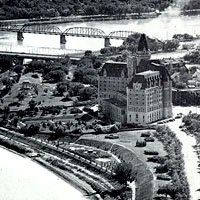